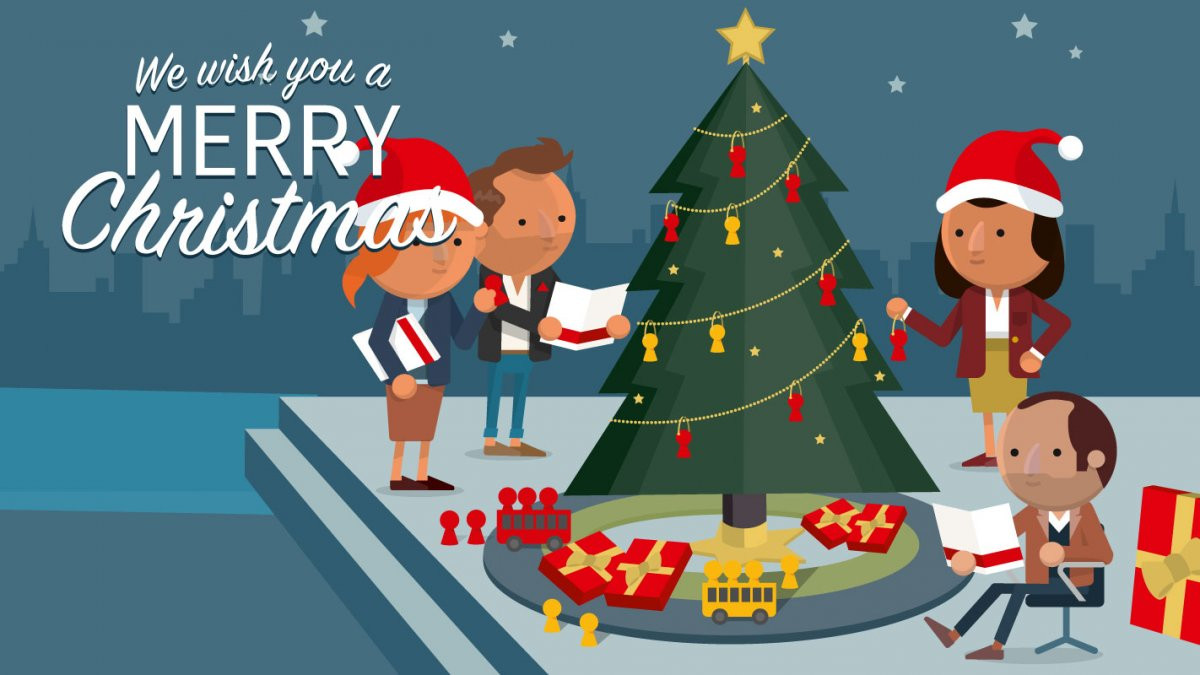 We are big fans of gamified business tools, but in all honesty, sometimes we too prefer the less serious kind of games. The informal, light and more straightforward games designed purely for enjoyment. In the name of Christmas (and COVID) we want to give you a list of our recommendations. Enjoy!

The Crew – A simple but effective card game, where players take tricks as we know it from classics like Bridge or Whist. But instead of trying to take as many as possible, you try to make sure that certain cards end up in the hands of certain players, depending on your mission. The first few missions are easy but gradually the difficulty ramps up.

Black Orchestra – You play together as German officers and intelligence agents trying to assassinate Hitler and end the madness of WW2. The best chance to succeed might be before Hitler's conquests boosts his popularity or perhaps by the end, when everyone can see how the project is doomed. Whatever you are scheming, don’t get arrested. And beware while you can manipulate the odds, the fate of the world will come down to a single roll of the dice.

Harry Potter: Hogwarts Battle – The forces of evil are threatening to overrun Hogwarts castle in this cooperative deck-building game, and it's up to four students to ensure the safety of the school by defeating villains. Players take on the role of Harry, Ron, Hermione or Neville in their efforts to collect spells and magical items. This game combines a great theme and accessibility. The complexity increases over the course of seven sets of decks to be played (one for each book) each of which introduce new cards and rules.

Parks – An absolutely gorgeous board game where you compete to see who can visit the most prominent set of North American national parks. It’s your job to collect resources and memories all while seasons and trails are changing. And as all hikers know, there is no fun in going where the other tourists are. This creates some frustratingly fun dilemmas as you try to decide how far to venture out.

Root – Deep in the forest lives a multitude of cute woodland animals. And when humans aren't looking, they are fighting a bloody and brutal war for supremacy of the forest. The aristocratic birds fight with the industrious cats while the oppressed mice and rabbits lead a bloody guerilla movement. In Root, each faction has its own set of rules, resulting in a little bit of a steep learning curve, but this ensures an asymmetric gameplay that is extremely interesting and refreshing.

Whirling Witchcraft – Players are witches brewing magic recipes. Everyone plays simultaneously, adding a recipe to their board and then using the recipes to convert mandrakes to mushrooms. When you're finished, you pass the final ingredients to the player on your right, trying to overflow his or her workbench. Wonderfully chaotic and fast-paced.

Block Ness – Monsters are poking their heads over water but only one can dominate the sea. Players take turns choosing a monster segment from their reserve to increase the length of their creature on the Loch game board. You may cross the path of other monsters as you build on your own head or tail creating a colorful and impressive tangled mesh of monsters.

The mind – The Mind is more than just a game. It's a journey and a team experience in which you can't exchange information, yet you will become one to clear all the levels of the game. The only thing is you cannot communicate with one another in any way. You simply stare into one another's eyes, and when you feel the time is right, you play your hand.

On how the British Sailing Team, the most successful Olympic sailing team of all time, used Bridgebuilders as a shared framework for improving performance.