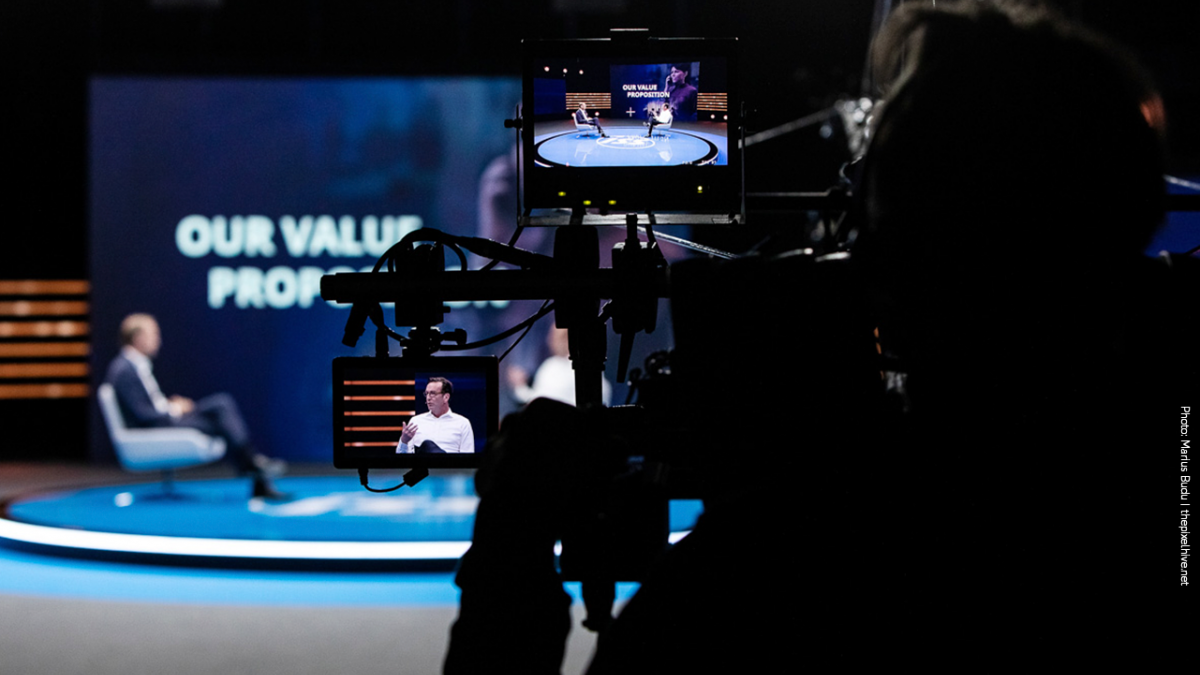 How can organisations integrate the advantages of face-to-face activities into virtual summits and conferences? We helped ISS design their Global Leadership Conference – and it proved to be a strong case in point.

Right now, the world is still in various states of lockdown. Thankfully, in many places, fewer restrictions enable people to meet up again to some extent and gain the many benefits of working face-to-face. Still, no global organisation is quite ready yet to fly in their top 300 managers for a leadership summit and have them rub shoulders.

For organisations looking to gather their leaders, this mid-state presents a new opportunity: To design a flexible format that can leverage the benefits of meeting in person when possible – while still creating a share experience virtually.

In early June, we had the pleasure of helping ISS do just this. Their Global Leadership Conference presented participants with a combination of a virtual summit and face-to-face activities. 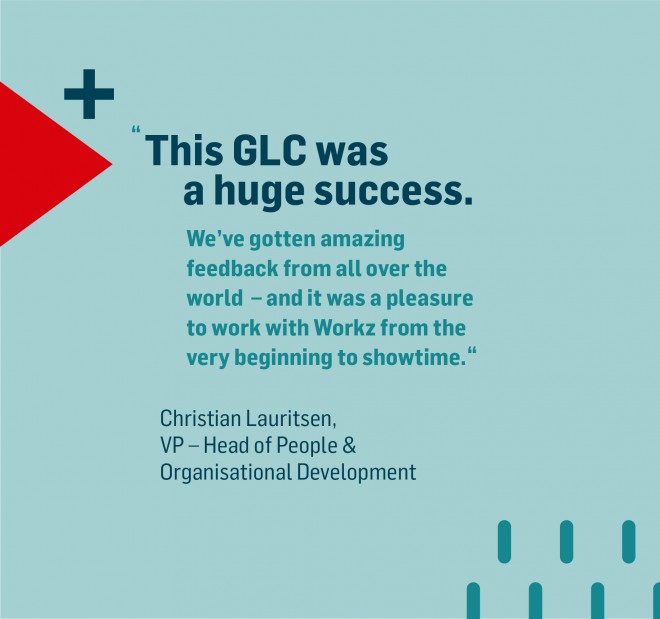 And while this summit was quite sizeable, the key learning may be relevant on all scales: Always design for your participants. Here are three learnings about how we made it happen.

1. Involve the participants as much as possible

The ISS GLC was designed as a two-day virtual broadcast from a studio – interweaved with face-to-face touchpoints and workshops throughout the event and after. And together with ISS, we made a central design choice early on: To involve the participants as much as possible, wherever possible.

Virtual broadcasts can sometimes place the participants in a passive role of “viewing”. In order to balance this, these engagement principles were central to our design:

Combining the virtual and face-to-face format is often referred to as “hybrid events”. These come in many forms, but a central choice is when and where to place the face-to-face element: In the studio or behind the screens. Here, the studio was solely dedicated to delivering a virtual stream - while the immediate interaction was eye-to-eye between participants.

With ISS GLC we aimed at creating both global unity and local community. The design of the participants ‘journey’ was central.

The heartbeat was a flow that would mix a virtual broadcast, streaming globally to all participants, with dedicated time for local face-to-face activities.

This meant that participants would meet up locally and watch the stream together, before engaging in the gamebased simulation and face-to-face workshops, which were integrated in the overall agenda. Local participants were gathered in a common location and clubbed team dinners and teambuilding activities into the event.

In addition to their local teams, participants were also part of a small mixed, global team that would meet online for frequent check-ins and breakout sessions.

This supported global networking among the participants and helped them share thoughts and perspectives across countries. It also ensured that everyone was included and connected, even if they were not able to join a local team in person.

All of this was tied together by a broadcast that would frequently call to attention the global “we” - and the fact that everyone was following the same flow all at once; creating a shared experience of togetherness, although being apart.

3. Focus on the participants' experience

When making a hybrid summit, the interface of physical and virtual is key, and this requires considerations of how and when people will be participating. Here, some would be watching solo from their own laptops, while others would be with their colleagues following the broadcast on a large screen. The broadcast had to be suited for this variety. On a practical level, this for instance meant no small text or lengthy paragraphs on the screen. On a design level, it meant that the broadcast had to be compelling and at the same time quite simple to follow.

It’s a good rule of thumb that communication can either be easy to make or easy to receive. Usually not both. A presentation is an easy format to prepare, but it requires more energy and focus from the audience to watch. On the other hand, studio dialogues require more preparation and alignment between hosts and guests, but they are lighter and easier to follow for the audience. 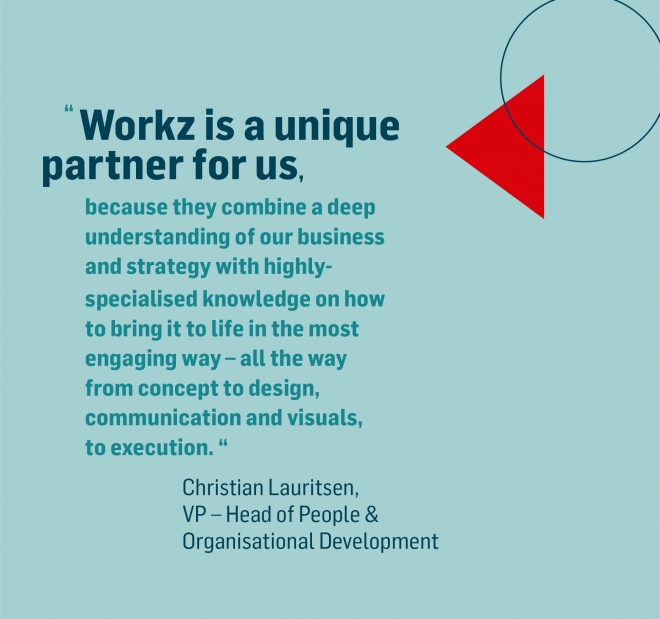 ISS made the brave design choice of having no presentations. All content from top management was integrated in dialogues between guests, the hosts, and with plenty of colleagues calling in. Visual support was included as graphics. In other words: No presenters clicking through PowerPoint.

Overall, we helped ISS build the virtual broadcast as a tv-show. The programme was varied, with many different guests and call-ins, mixed with video clips, and supported by jingles, animated breaker videos, and changing camera positions – as a tv-show. This was done without compromising the weight of the subjects or the focus in key messages – only, they were processed to work in a light format and be easy to follow.

There is no doubt that this choice of format called for both a tight execution as well as thorough preparation on story line, topics and messages; all in close dialogue with the ISS top management.  This was possible because ISS, being a true people’s company, was dedicated to making a summit that would put the experience of its 400 participants first.

And no matter the format, this is perhaps the most significant learning: Always design for the participants! 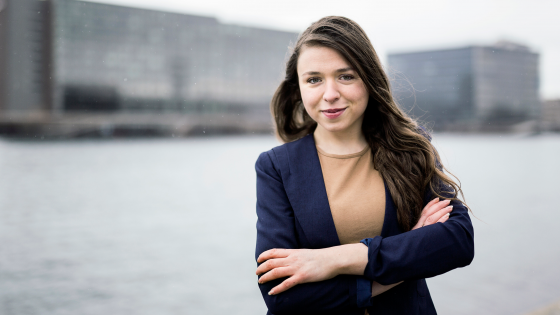