Vice or Virtue in play?

In a series of articles, we are introduced to the surprisingly long and rich history of serious games.

Much of the early history of learning games can be framed in terms of opposition between learning and games. Games were seen as leading people into gambling and drinking. At the same time, it was enticing to use games to coax people into learning about religion. In this second installment of the series, we explore aspects of these opposing views and how they have been dealt with historically.

When Father Jean Pierron arrived as a Jesuit missionary among the Mohawk people of New France in 1668, he quickly realized that conversion was not going to be easy. The Mohawk were a proud and belligerent people who did not care much for Sunday school and Holy Scripture. The only thing they seemed truly passionate about except war was playing games.

Pierron probably was not long in coming up with a solution to the problem, but still he insisted that it was God who inspired it. And though the game which resulted has not survived, Pierron's description of it has:

"It is composed of emblems which represent all that a Christian has to know. The seven Sacraments are all seen depicted there, the three Theological Virtues, all the Commandments of Gods and of the Church, together with the principal mortal sins; even the venial sins that are commonly committed are there expressed in their order, with marks of the horror that ought to be felt for them."

"Original sin, followed by all the ills that it has caused, appears there in a particular order. I have represented there the four ends of man, the fear of God, the Indulgences, and all the works of mercy. Grace is depicted there in a separate Cartouch, conscience in another; the freedom that we have to obtain salvation or destruction, the small number of the Elect,— in a word, all that a Christian is obliged to know is found expressed there by emblems which portray each of these things."

The game was an instant success. Soon the Mohawks were queuing up to play it. Pierron believed that they were motivated only by their desire to learn and be saved, but considering the difficulties he had in converting them, we might think otherwise. Perhaps he had simply started talking in a language that they could understand: the language of games.

People have played games for millennia and their attraction to games – and not least gambling – have been a constant thorn in the side for the establishment and especially the church. Throughout history the two main approaches to games have either been to prohibit them or to limit them to special occasions such as festivals or religious holidays. Only occasionally has someone been brave enough to entertain the idea that games might be considered tools for learning.

One such person was Bishop Wibold who lived in northern France in the 10th century. He thought that the best way to get the monks out of the gambling halls and back into their monastic cells was to design a game which spoke to the higher aspirations in them.

Ludus Regularis, or the Canonical Game, was a simple dice game in which players competed for virtues. One way to play it was to use a set of specially made dice inscribed with the letters of the alphabet. Players would claim a virtue by rolling all of its vowels and at least one of its consonants. Whoever claimed the most of 56 eligible virtues would win the game and the right to be called a teacher by those who lost.

The game does not appear to have been very well received by the monks - or by anyone else, for that matter - and it has only come down to us in a few obscure medieval manuscripts. The excitement of trying to roll the exact letters needed to claim yet another virtue from a seemingly endless list probably could not match the excitement of staking everything you owned and rolling to see if you doubled or lost it. While Ludus Regularis might have had some limited success as a spelling game for children, it would have needed a lot of work to succeed in promoting virtuous behavior among the clergy.

History is full of well-intentioned learning games which never quite made it. When Master Zhixu tried turning a popular gambling game into a vehicle for Buddhist learning in early 17th century China, it quickly became one of the most sought after drinking games around.

Learning, it seems, cannot easily replace drinking and gambling. At least not if the game that is supposed to enable the learning remains the same as the one that got you drunk and broke. If the learning outcome of a game is not reflected in its mechanics, chances are that players will either ignore the learning or abandon the game altogether. Likewise, if the game is not engaging and fun, people will find other games to play, regardless of the learning embedded in the game.

And then there is the risk that players use games in unintended ways. Master Zhixu tried to appropriate a popular gambling game for his own purposes, but ended up fuelling the exact vices he sought to conquer. Similar examples of modern gamification applications going awry are fairly common. For instance, BMW tested a game designed to motivate fuel-efficient driving. Drivers were challenged to beat other drivers’ fuel use for the same route. The game was successful – in fact, a little too successful. Drivers began to run red lights to avoid using fuel to stop and restart!

Games are a powerful tool but like all power tools, they should be handled with care. 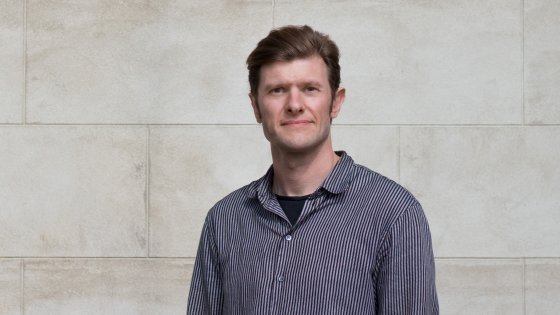 Learning the Game — Lessons from History

This is a series of articles about the surprisingly long and rich history of using games for learning.

The original author is our old friend and collaborator Jacob Schmidt-Madsen, who is currently writing a phd called "What's in a Game? Rediscovering the Religious Origins of Snakes & Ladders”. Max Møller has formatted the article into this series and contributed current examples.

In the first part, we discuss how the earliest game had embedded meaning.

In the second part, we look at games as vessels of vice and virtue.