With the expected life spans of companies decreasing these years, the margin in which they are in time for adapting to changing conditions and markets is getting shorter.Therefore the need for organisation’s ability to change is growing.

After the founder’s death in 2013 the successful Danish engineering company Haldor Topsøe, a leader within catalytic converters worldwide, faced a surge of interconnected changes.

“We had a new management group in place, there was a pressure from growing international competition, and we were crazy enough to have tackled an ambitious growth strategy, aiming at increasing the revenue by 500% during the following ten years", Kim Hedegaard, Group Vice President, Haldor Topsøe, says about the company’s ambitious new strategy.

From establishing a new top management group and rolling out the new Giant Leap strategy, to the implementation of performance management, and establishment of a new brand, the company was rolling out changes at a very high speed while the global organisation has simultaneously delivered an organic growth of 8% in a tough market.

And Haldor Topsøe wasn’t doing so just for the fun of it. They did so because the need for change is growing and the margin when it is possible to do so in successful way is decreasing.

Haldor Topsøe is far from alone with the pressure to change. They are just one of the many companies that, encountering intensified international competition and accelerating technological development, experiences fundamental changes in these years.

Across the Scandinavian business landscape business relics such as Danfoss, Grundfos, Mærsk, Danske Bank, Bang & Olufsen, and Arla are struggling to keep or re-conquer their market positions. Causes are numerous, from the after-effects of the financial crisis and the European recession, to the all-time low oil prices and crisis in Russian relationships.

If we zoom out a little it becomes clear that the accelerating pressure to change is neither a new, nor a particularly Scandinavian, phenomenon.

Looking at the development of the 500 largest publicly traded companies in the United States, the average company lifespan has decreased notably over the last 80 years.

In 1958 a company could expect to be on the top-500 list for 61 years; in 1980 for 35 years; and today for less than 20 years. If we extrapolate these dire prospects, 75% of the current top-500 companies in the United States will no longer be on the top performing list in 2027. It is worth noting that this includes many of the world’s largest and best run companies.

Games based tools as learning base for change

There seems to be no indication that the pressure to change will decrease in the future. The need for successful change is growing. The margin of success is decreasing.

But how do companies and organisations prepare and train their ability to deal with change when there seems to be no second strike. How do they manage the ability to handle change when need appears - often with a very tight schedule?

For Haldor Topsøe and a range of other companies alike one the answers is to use game-based tools to accelerate learning and the ability to change. By using games as a training and learning tool companies can simulate realistic situations preparing the major players to be able to move fast whenever the need occurs.

Most of Scandinavia’s largest companies are already using these tools and in this five part series we will explore what we can learn from them and their experiences on using business-oriented games effectively in strategy development, strategy implementation, and change management.

Next: How games can help the employees accept and understand the need for change - and how games can shape the use of a new strategy 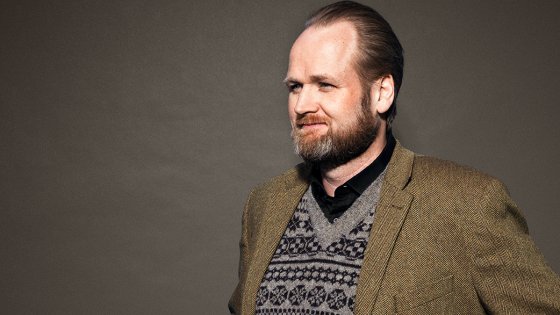